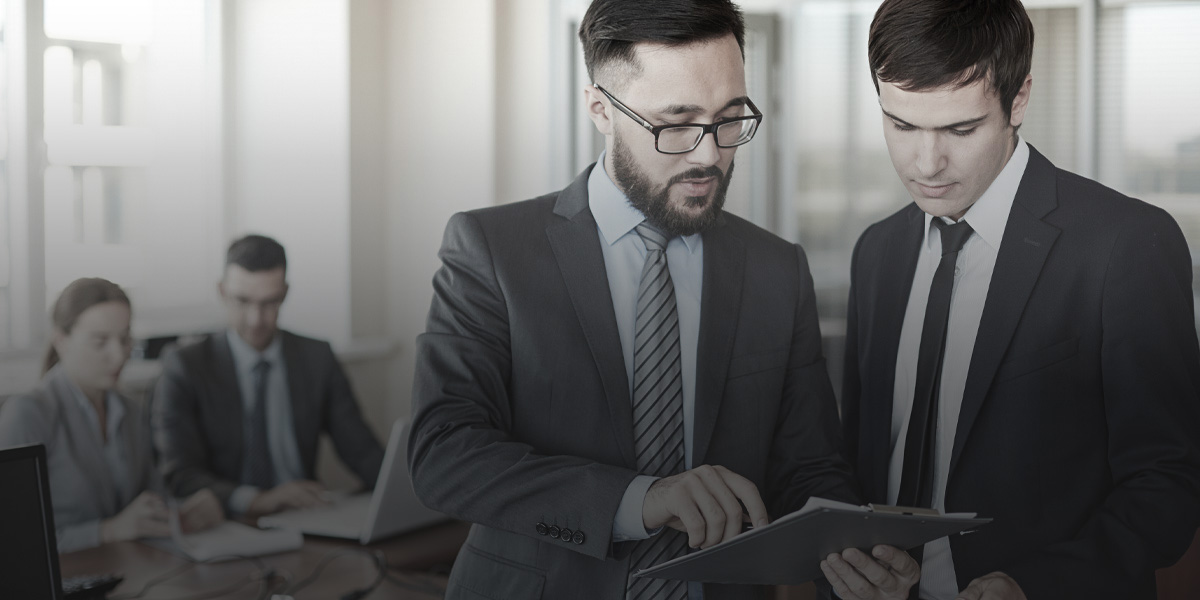 In the second half of 2019, a new possibility to choose the enhanced CPC (eCPC) settings appeared in Google Ads. With this change, you can choose whether you want eCPC to optimise your advertising rates in terms of conversion numbers or conversion values, without increasing your assumed advertising budget. With this recent change, it is worth considering whether the enhanced CPC is actually a step forward and smart bidding should be the industry standard or whether manual actions are still better? Let's check it out!

Generally speaking, a company advertising in Google search engine has two options for setting advertising rates. It can either be done completely manually, on the CPC (Cost Per Click) model or combined with the smart bidding strategy, which is offered by the eCPC model, by name – enhanced/improved (not to be associated with effective CPC which is the calculation of cost per click on the CPM model). However, is it really a step forward and manually managed campaigns will soon go down the drain? It turns out that not necessarily, or at least not immediately.

How does eCPC work?

The enhanced CPC is designed to set advertising rates to optimise the number and value of conversions (e.g. the value of the shopping cart or the value of other actions resulting in conversion). In simple words, eCPC increases the rates set by the user in situations where the probability of sale (conversion) is higher and reduces them when the probability of conversion is lower. Currently, eCPC can be applied to practically any kind of promotions in the search engine, from Google Ads, through video (YouTube), to Google Display Network.

When rates are optimized for conversion, the enhanced CPC adjusts the rate every time an advertisement qualifies for display and the click is likely to lead to conversion. It is also possible to set eCPC to maximize conversion values. In such a case, eCPC takes into account not only the probability of the conversion but above all, its predicted value. When selecting the first option, Google focuses on generating numerous transactions, regardless of their value. In the second case, the algorithm focuses on the higher value of conversions (e.g. higher value of the shopping cart).

It is worth noting that eCPC constantly analyses its actions and “learns” to work more and more effectively. To this purpose, it leaves some traffic for standard maximum CPC rates and compares the two sets of results, adjusting its work to the results obtained. According to Google’s recommendation, the first results should be visible after at least two weeks. Google ensures that the eCPC model will be more effective or at least as effective as a traditional manual CPC.

The algorithms when assessing the likelihood of a transaction occurring, take into account such factors as browser location, browser type, user demographics, time of day, day of the week, as well as the history of your Google Ads account.

Does practice confirm Google’s promises? It turns out that in many cases it does, but it is not without drawbacks. Let’s consider a hypothetical case of an online store offering sports shoes. The owner sets the maximum rate at 1 GBP per click and selects an enhanced CPC. The Google Ads algorithm draws attention to an auction where the advertisement achieves good results. However, the minimum bid eligible for this auction is 1.20 GBP per click. In this case, eCPC will ignore the set maximum rate per click and run a rate of 1.20 GBP to ensure that the advertisement is displayed. Your advertisement is actually displayed, people are clicking it, shoes are selling. You have just achieved more revenue.

However, an increase in revenue does not necessarily mean an increase in profits. The price of shoes has remained the same, which means that you have earned less on every pair sold, and the cost of advertising (clicks) has just increased by 20%. In the original version of eCPC, the algorithms were allowed to increase your advertising rates by up to 30%, after the update, there is no specified threshold. Google’s algorithms are supposed to try to keep the rates close to those specified by the user.

In most cases, the search engine delivers on its promises regarding the eCPC model. According to IgniteVisibility.com data, such eCPC tactics have improved Return on Investment (ROI) for 70% of users. There are a lot of pre- and post-running eCPC statements on the network. Here are examples of results:

Does this mean that eCPC is the perfect solution without defects? Unfortunately not, let’s take a closer look at it.

When will eCPC fail?

Secondly, using the eCPC model, however, deprives some measure of control over your campaigns. Of course, you don’t immediately become an incapacitated observer who’s unable to take any action, but experienced marketers appreciate full control over what happens to their advertising account. And eCPC takes some of that control away.

And finally, as we mentioned earlier, passing the torch to eCPC algorithms can increase the cost of advertising at any time and by the minute. This should be taken into account when planning advertising activities and to calculate whether the profit after raising these costs will still be acceptable. If not only a one-time transaction is important to you, but also the opportunity to get a loyal customer who will come back with new orders – most likely it’s worth a shot.

A good way to “learn” Google’s algorithms how to work is to use micro-conversions, which are one-time, completed actions from the client. These can be such behaviours as:

In the majority of cases, a customer who has viewed several products in your e-shop has a better chance of buying something than a person who closed the site after 10 seconds. On this basis, you can “teach” eCPC algorithms which clicks are valuable. After some time, this will translate into displaying ads at a higher rate for those people who have a better chance of making a purchase. As a result, the number of transactions will increase and after some time you will be able to move to ROAS.

eCPC – the future of Google Ads and your company?

There is no one universal answer to whether an enhanced CPC is better than manual control over your account. It is true that the manual rate-setting guarantees predictability and consistency of campaigns and their costs. On the other hand, there are a number of case studies where the improvement of campaign effectiveness after the introduction of eCPC is clearly visible. The safest way to do this is to carry out a series of tests that will show whether eCPC is defending itself in the case of your campaigns. If this turns out to be the case, it is worthwhile to implement at least part of your advertising campaigns in the eCPC model.

Probably in the near or distant time horizon, Google will strive to promote the eCPC model. Apart from other issues, it will give the search engine better control over the advertising expenses from which it profits. Therefore, it is worth at least familiarizing ourselves with this system and treating it as an integral part of advertising campaigns. When it becomes a standard, this will not mean a revolution in advertising campaigns.